Fitgenic is reader-supported. When you purchase through links on this site, an affiliate commission might be paid. Learn More
Facebook0Tweet0LinkedIn0Pin0

Good question! This is something that I’ve often wondered about.

I know that faster-paced running comes with a lot of additional benefits but, for myself, a regular, gentle jog always hits the sweet spot.

For most runners, the answer will depend on several factors such as your fitness goals, your current level of fitness, and how running currently fits into your lifestyle.

To find out whether running or jogging is going to be a better fit for you, we need to look at:

What is the Definition of Running and Jogging?

Jogging means that you’re going at a pace less than 6 miles per hour.

You’re running if you’re moving faster than 6 miles per hour.

It’s pretty simple, and the difference comes down to exercise intensity. Running is faster, burns more calories and works your body harder while jogging is slower-paced and more suitable for longer distances. Keep in mind that they’re both forms of aerobic exercise, and both offer a long list of benefits.

What are the Differences Between Running and Jogging?

There are three important differences:

Running, rather than jogging means that your feet spend less time on the ground as you move, which results in your muscles being activated slightly differently. This affects your glutes, quads, hamstrings, shins, and calves.

The faster you move, the harder your body works, and the more calories you burn. 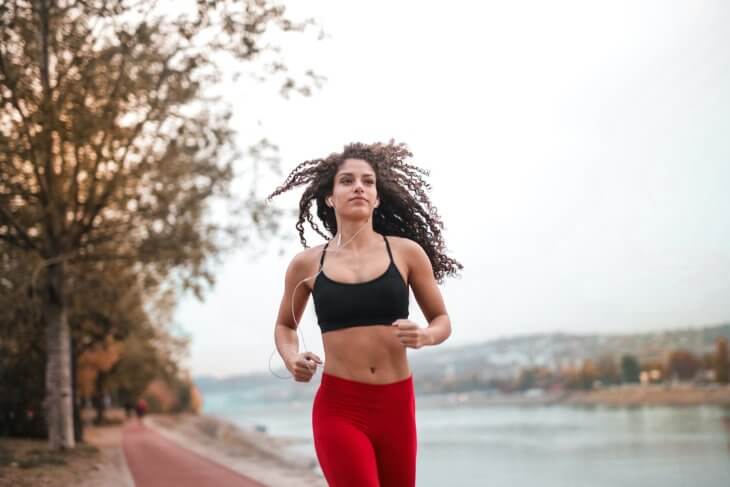 So, if you’re comparing like with like, you’ll lose weight faster if you’re running rather than jogging over the same time period. If you compare the calorie counter on the American Council on Exercise’s website, you can see that a person who weighs 150 pounds will burn in 10 minutes:

The numbers vary if you’re exercising inside versus outside. Running outside is my preferred choice, but the selection of treadmills these days is amazing as well.

Intensive exercise, such as fast-paced running, offers the additional benefit of pose-exercise oxygen consumption, known in running circles as ‘after-burn’. The more you push your body, the more your oxygen reserves become depleted.

This then means that your body will continue working hard, even after you stop exercising, to replenish your oxygen levels which uses energy and the end result is that you can continue to burn calories for up to 2 days after you’ve finished exercising.

Burning calories and working your muscles harder sounds good in theory, but is running better than jogging? Not necessarily. It all depends on what you want from your exercise. Having run (and jogged) on and off for over 30 years, this is what you need to take into consideration:

Rather than worrying about whether running or jogging is better, you can look at it as a progression. If you’re new to aerobic exercise, start off with a brisk walk a couple of times a week, then begin incorporating jogging into your routine. And, once you’ve been jogging regularly for six months to a year, you can consider upping your pace to over 6 mph at which stage you’ll officially be a runner.

I’ve always pushed myself to do better, run faster, go further but, for me, it diminished my enjoyment. I found myself making excuses not to go for a run, and even stopped running completely for a couple of years.

But over the last year as I’ve got back into running (I’m going to have to call it that because my pace is pretty much exactly 6mph), I’ve completely taken the pressure off. I only run for about 30 to 40 minutes, and I aim for a 6 mph-ish pace. 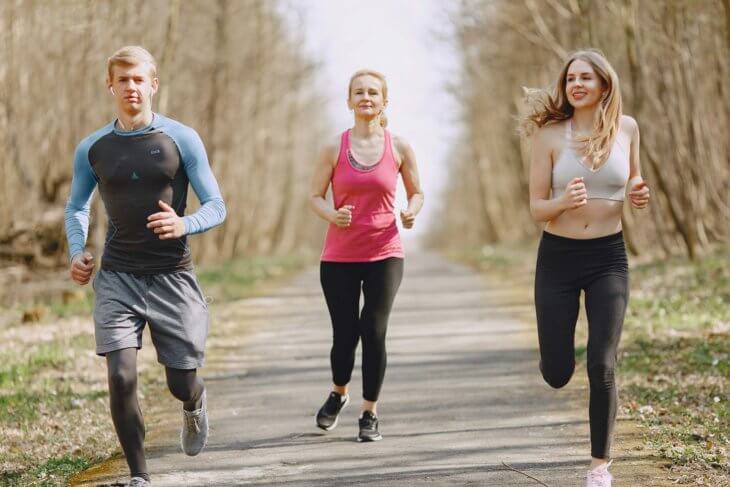 If I’m feeling slow, I go slower, and vice versa on the days when I’m feeling strong. But, as long as I get out of the house for a run, I’m happy.

Getting out has become my main goal. Of course, when I chat with my friends who run ultra-marathons, they think I’m mad, because “if you didn’t put it on Strava, did it even happen?”

They’re motivated by personal bests and building long-distance endurance, whereas for me, measuring took all the enjoyment out of it.

So, yeah, it’s personal – whether you’re running, jogging or somewhere in between, you’re doing something incredible for your body, and you’re going to reap the rewards for years to come. And how fast you do it doesn’t matter.

Enter my old friend (and part-time nemesis): interval training. If you’ve been jogging or running for a while, I’m sure this isn’t a new concept. Interval training (or an interval running plan) alternates between periods of fast-paced running followed by less-intense periods.

The idea is that you push yourself close to your peak heart rate for a short sprint, then allow your heart rate to drop back down as you slow to a moderate jog.

It essentially combines the benefits of sprint running (which accelerates your fitness levels) with the benefits of jogging (where you can exercise for longer because the intensity is much less). Other benefits include:

Interval training has been one of the hardest and most rewarding aspects of my training. I really enjoy a jog at a moderate pace, in a beautiful place where there’s a bit of a challenge (I’m a sucker for a good hill). 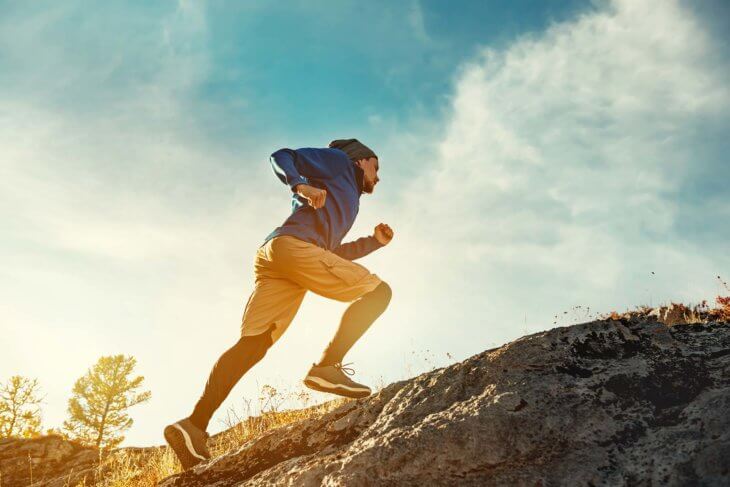 And, interval training is close to the opposite of that – there’s not much to distract you, and it’s really, really tough! But, the benefits are amazing – you quickly build strength and endurance without putting in the long hours that it would take to get the results otherwise.

Interval training is one of the most efficient forms of cardio, so you get faster results. The American College of Sports Medicine released a study showing that two weeks of high-intensity interval training was able to improve aerobic capacity by the equivalent of six to eight weeks of endurance training.

And, if you join a running club, even those moments of excruciating pain can be quite fun when you’ve got the support of a team.

Both running and jogging offer incredible benefits, even if your pace is under 6 mph and you’re only getting out a couple of times a week, you’ll still dramatically reduce your risk of cardiac disease, improve your mental acuity, boost your mood and feel stronger and healthier. And you can build it from there.

If you’re jogging a couple of times a week and feel like you’re ready for a new challenge, why not try upping the pace a bit, incorporating some sprints into your regular jog, or even joining a running club to learn different, possibly even better, ways to run. And, who knows, you might even make a couple of running friends.

The bottom line is: do what works for you. I like a moderate jog a couple of times a week. While my friends run ultra-marathons in their spare time but, while our pace may vary, one thing we all agree on is that running and jogging definitely makes us happier and healthier.

My name is Tony Lee. I’m in my 40’s and a fitness trainer with education specialization in health & nutrition. I’m a single father to a beautiful princess and an experienced fitness coach.

10 Best Exercise Bikes for Your Home to Get Effective Workouts

5 Best Treadmills for Your Home Gym or Office